THE AUSTRALIAN GOVERNMENT SYSTEM CONSISTS of on three branches of government, the legislative, the executive and the judicial, in a system of checks and balances.

The legislature passes laws, the executive branch administers or enforces the laws, and the judiciary interprets the laws. Therefore where the laws, interpretation or administration of the laws are incorrect or unfair, the judiciary system can remedy the errors. 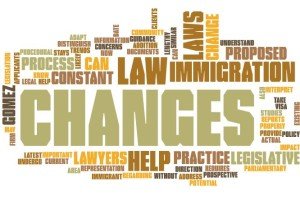 The law governing Australia’s immigration system is known as the Migration Act 1958 (the Act). There are also subsidiary legislation known as Migration Regulations 1994 and Directions from the Minister of the Department of Immigration and Border Protection (DIBP). These subsidiary legislation deals with specific implementation of the Act and allow for quick changes to the administration of the migration law as they only need to be published in the Government Gazette to be effective.

The department of Immigration also relies on its own Policy Advice Manuals (PAMs) to interpret the Act, Regulations and Directives when making decisions to grant, refuse or cancel visas.

CONSTANT LEGISLATIVE CHANGES TOGETHER WITH A LENGTHY IMMIGRATION PROCESS requires prospective visa applicants to not only know the law now but also how the laws are likely to change as these changes may affect your application significantly.

How we can help

Gomez Lawyers studies trends, reports, and parliamentary documents to understand the direction laws may take and how to properly interpret legislation.

In addition to our guidance and representation under existing laws, we at Gomez Lawyers can help address concerns regarding potential changes in the law. We provide information important to the immigrant community on proposed legal changes and help them to distinguish between proposed and actual changes.We are up to date on the latest policy and procedural changes in immigration practice. Such changes can have an impact similar to a change in the law, without having to undergo the legislative process.

Our firm stays current with changes in the area of immigration law and practice, to help our clients adapt to these constant changes.