Warning: Use of undefined constant no - assumed 'no' (this will throw an Error in a future version of PHP) in /home/customer/www/gomezlaw.com.au/public_html/wp-content/themes/creativo/single.php on line 9

In a move to make Australia more attractive to the media and entertainment industry and encourage them to bring productions to Australia, the Government is looking to remove most of the red-tape around Temporary Work (Entertainment) visa (Subclass 420) which is the visa issued to performers, actors, entertainers and film crews. The proposals virtually suggest that credible applicants should be able to just walk-in to Australia to do their work as it notes that currently, “the Subclass 420 Regulations are cumbersome and at times restrictive”.

Sharp cost increases are slated for these privileges by the discussion paper on the review which in summary is considering the following:

The sc400 is considered a low-risk visa with the discussion paper on the review stating “the existing regulatory requirement for sponsorship and nomination seems somewhat excessive for this low risk cohort who is seeking entry for such short periods of stay.”

Over half of these visas are granted to applicants from the United States of America and the United Kingdom. During the 2013-2014 financial year, more than 90 per cent of Subclass 420 visas holders stayed in Australia less than 12 weeks (over 80 per cent of these stayed less than 27 days).

The Subclass 420 review is being undertaken jointly by the Ministry for the Arts, Attorney-General’s Department and the Department of Immigration and Border Protection (DIBP).The Discussion Paper on Review of the Temporary Work (Entertainment) visa (Subclass 420) states that submissions need to be provided by 23 February 2015 to subclass420review@arts.gov.au 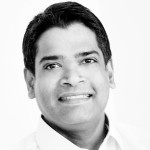 Jerry Gomez is the principal lawyer and registered migration agent (MARN 0854080) at Gomez Lawyers, a Melbourne, Australia based law firm that specializes in immigration law.

FAQs on how to get and keep an Australian work permit

How an immigration lawyer can help your Australian Visa application succeed?

Simple reasons why you should use a Migration Lawyer